When I was a young athlete, I would get sick to my stomach before every big game, race, or match. The stress I felt always manifested in my gut. Many people experience feelings of a “nervous stomach” because our brain and our gut are so intricately intertwined. Sayings like “trust your gut”, “feel it in your gut”, and “butterflies in the stomach” all allude to this phenomenon of the brain and the gut impressing one another. This is also known as the gut-brain axis, a bidirectional communication system that allows the brain to influence the gut and vice-versa.[1]

The brain-gut connection has long been recognized. There are even high incidences of co-morbidities between psychiatric symptoms and gastrointestinal disorders, such as the well-known correlation between IBS and anxiety.[2] The knowledge of this connection has driven researchers and physicians to take a different approach to the stressed-out patient by first addressing the gut through probiotics. The communication abilities between the brain and the gut are incredible and it all starts with the microbiome, or the bacteria living in our intestines.

How Does Stress Alter Our Microbiome?

The mechanisms by which stress affects the microbiome are complex, multifactorial, and not entirely understood. However, we now know a few of the mechanisms in which stress can have a direct effect on the makeup and function of the gut microbiota. In any state of stress, where an impending threat is perceived, the body will react. Acute stress activates the Hypothalamic-Pituitary-Adrenal (HPA) axis as well as the sympathetic nervous system (SNS). The HPA axis releases cortisol to prepare the person to adapt to the stressor.[3] Activation of the SNS results in the release of norepinephrine, which is responsible for the well-known “fight or flight” phenomenon.

It is now widely recognized that the microbes in the gut can respond to mammalian hormones and neurotransmitters released by this stress response.[4] In the early 1990’s, Dr. Mark Lyte demonstrated that when E. coli is supplemented with norepinephrine or epinephrine, there are significant increases in bacterial growth.[5] Further studies repeated these results with different strains including Campylobacter jejuni[6], Helicobacter pylori[7], Pseudomonas aeruginosa[8], and Salmonella enterica[9]. Norepinephrine has also been demonstrated to increase the ability of pathogenic microbes to adhere to the intestinal wall.[10]

Elevated cortisol, a product of the stress response, has also been associated with alterations in  the microbiome. A study by Huang, et al demonstrated substantial shifts in the gut microbiome of mice following four weeks of glucocorticoid administration. This change specifically showed an increase in bacteria associated with a proinflammatory gut environment, namely Clostridiales and Lactobacillaceae.[11] Another study by Wu et al found that administration of glucocorticoids caused a significant reduction in the diversity of the microbiome, as well as an increase in inflammatory cell infiltration and a decrease in normal mucus secretion in the colon.[12]

Not only do our bacteria understand and respond to our body’s signals, such as norepinephrine and epinephrine, but they can also affect our behavior through similar mechanisms.

Can a Balanced Microbiome Change the Way we Think?

Microbes can actually produce neurochemicals that are identical to those produced by humans. Studies in the 1990s revealed that not only do our bacteria understand and respond to our body’s signals, such as norepinephrine and epinephrine[13], but they can also affect our behavior through similar mechanisms.[14] The gut microbiota have a hand in regulating many of our key neurotransmitters by altering levels of their precursors.[15] For example, Bifidobacterium infantas can elevate plasma tryptophan levels, a precursor to serotonin.[16] Certain species that are common to the human microbiome can synthesize neurotransmitters directly. Lactobacillus spp. and Bifidobacterium spp. can produce g-aminobutyric acid (GABA), Streptococcus spp., Escherichia spp., and Enterococcus spp. can produce serotonin, Bacillus spp. can produce dopamine, and Lactobacillus sp. can produce acetylcholine.[17],[18] These neurotransmitters are capable of crossing the mucosal layer of the intestines, where they go on to act on the enteric nervous system, meaning that bacteria that live in our gut can directly affect our mood through our own neurotransmitters.[14]

Because of the bi-directional link between the gut and the stress response, it stands to reason that it is important to support the gut during times of stress, particularly when that stress becomes chronic. Since the gut bacteria play such a vital role in the gut-brain axis, using probiotics to improve the microbiome can create a positive impact when it comes to stress-related ailments.[19],[20] One strain in particular, Lactobacillus plantarum, has been at the center of researcher’s attention due to its results with brain health and stress response.

Lactobacillus plantarum has traditionally been used for dairy and vegetable fermentation but is now gaining significance as a therapeutic probiotic that is generally recognized as safe (GRAS) for consumption.[13] Adults with reported moderate stress symptoms on the Perceived Stress Scale (PSS-10) reported significantly fewer symptoms after 8 weeks of regular supplementation with the Lactobaccilus plantarum DR7 strain in a study by Chong, H.S. et al.[21]  This same group of researchers conducted another study which looked at the effects of L. plantarum DR7 on hormonal distribution. After 12 weeks of supplementation, DR7 subjects showed significantly lower serum cortisol levels compared to the placebo group. The administration of DR7 also enhanced the speed of social emotional cognition, verbal learning, and memory compared to the placebo group.[22] Additionally, the study revealed that the administration of DR7 lowered the expression of dopamine beta-hydroxylase (DBH) and tyrosine hydroxylase (TH), both enzymes involved in the biosynthesis of stress hormones like norepinephrine.[22]

L. plantarum DR7 was also found to influence serotonin production through the kynurenine pathway, where tryptophan is either converted into serotonin or kynurenine, depending on which enzymes are present. An imbalance between these two metabolites is associated with psychological dysfunctions such as anxiety and major depressive disorders.[23] DR7 administration prompted decreases in indoleamine 2,3-dioxygenase (IDO), the enzyme that synthesizes kynurenine from tryptophan.[22] Alternatively, it was found to increase tryptophan hydroxylase 2 (TPH2), the enzyme involved in the synthesis of serotonin from tryptophan. These results suggest that the administration of L. plantarum DR7 could potentially create the enzymatic potential needed to increase serotonin levels.

The new research surrounding Lactobacillus plantarum DR7 brings new promise to the idea of utilizing probiotics to benefit the brain. With promising results in regard to reducing anxiety, supporting serotonin, and improving cognition and memory, this probiotic highlights the brain benefits of a healthy microbiome. In times where we are seeing unprecedented stress levels in our population, Lactobacillus plantarum DR7 might be a non-traditional way to find much needed support. 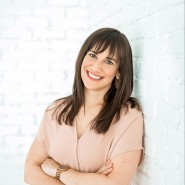 Prebiotic, probiotic and synbiotic strategies for success “Happiness for me is largely a matter of digestion.” ― Lin Yutang, The Importance of Living[1] As Chinese scholar Lin Yutang observed, a healthy gut is a core component of a happy life. Each person’s gut contains approximately 38 trillion microbes, comprising hundreds of different species (collectively,…

In The News, Stress and Relaxation

Alcohol and Tylenol Can Be a Deadly Combination

Why taking acetaminophen (paracetamol) for a hangover is a dangerous idea. The over-the-counter pain medication acetaminophen is a surprisingly controversial drug. Sold under the brand name Tylenol in North America and known as paracetamol in other countries, acetaminophen can be taxing to the liver. Acetaminophen is the number one cause of acute liver failure…

Fitting Exercise into Your Day

How to Fit Excercise Into a Busy Schedule Many of us struggle to find time for exercise, yet exercise is crucial for cardiovascular health, weight management, detoxification, and even mental and emotional health. The work day is long, and just fitting in the basics of grocery shopping, laundry, and getting from point A to…

Understanding celiac disease, wheat allergy, non-celiac gluten sensitivity, & other gluten-related disorders It used to be quite rare to meet somebody who avoids gluten – the protein found in wheat, rye, spelt, semolina, and triticale. Nowadays, however, gluten free dieting is all the rage. In 2016, 8% of North Americans followed a wheat- or…

Clinically studied botanicals and nutrients for the treatment of fatty liver disease As discussed in Fighting Fatty Liver, Part 1 of 2, the progression of NAFLD is influenced by insulin resistance, fat accumulation in the liver, intestinal imbalance, and inflammation/oxidative stress. Strategies to prevent and resolve NAFLD must therefore not only target the liver,…

Support for ADHD, Focus, and Mood in Children

Support for ADHD, focus, and mood Whether it’s full-blown attention deficit hyperactivity disorder (ADHD), autism spectrum disorder (ASD), or a milder form of neurocognitive irritation, more and more of us are struggling with anxiety, inattention, hyperactivity, behavior issues, learning disabilities, and sleep disturbances. Through targeted nutritional support, however, there is hope for both adults…