Most integrative medicine physicians who have been in clinical practice for a number of years will inevitably encounter a multitude of patients who have had their health negatively impacted by some form of Candida spp. infection. Fungal infections are estimated to occur in several million people each year, and recent evidence suggests those numbers are increasing.[1],[2],[3] Fortunately, of all the fungi in the world, only around 600 species are known to be human pathogens.[2],[4] This relatively small group of fungi can cause symptoms ranging from mild infections of the skin to severe cutaneous infections and even potentially life-threatening systemic infections from species such as Aspergillus fumigatus, Cryptococcus neoformans, and Histoplasma capsulatum in addition to Candida spp.[4],[5]

Fungal infections are estimated to occur in several million people each year, and recent evidence suggests those numbers are increasing.

Candida albicans (CA), the most prevalent fungal species encountered by humans, is a normal commensal microbe colonizing the skin and mucosal surfaces of the mouth, genitals, and intestines in 30 to 70% of healthy people.[6],[7] Most of the time, this colonization is tolerated and usually harmless. However, it is considered an opportunistic pathogen, and can cause problems when a weakened immune system or other factors, such as use of antibiotics and immunosuppressive drugs, allow it to grow unabated.[8],[9],[10] It can then affect almost any part of the body including skin, nails, sinuses, and respiratory, gastrointestinal, and urogenital tracts.[11] Although most of these infections are not of an urgent nature and respond readily to treatment, in certain groups of vulnerable patients such as the elderly, critically ill, and those with a compromised immunes system, it can potentially cause severe, life-threatening blood stream infections and subsequent infections of internal organs.[1],[2],[5],[11]

As mentioned above, the use of antibiotics and immunosuppressive drugs such as corticosteroids are major factors contributing to fungal infections. By disrupting normal bacterial colonization and suppressing the immune system, they create an environment within the body which species such as CA can thrive and create a pathological overgrowth situation.[1],[12] There are a variety of mechanisms by which a fungal overgrowth may affect one’s health including: eliciting an immune response, disrupting the balance of healthy intestinal microbiome, and by disrupting the mucosal barrier of the intestines.[11],[13]

CA frequently inhabits the gastrointestinal tract (GI) of humans leading to a condition termed gastrointestinal candidiasis. Recent studies have shown that a high level of candida colonization is associated with several diseases of the gastrointestinal tract. This may have to do with the increased amount of inflammation that occurs when there is a high level of candida present.[14] CA infection has been shown to increase production of interleukin-17 (IL-17) via T helper type 17 (Th-17) cells. These effects on IL-17 may underlie the ability of CA to enhance inflammation in the GI tract. Specific examples of the impact gastrointestinal candidiasis has on health include:

A human study looking at the role candida plays in antibiotic-associated diarrhea was investigated in 24 elderly patients who tested negative for Clostridium difficile toxin and other intestinal pathogens.[21] Seven had intestinal overgrowth of Candida spp. (≥105 CFU/mL). None of the 24 matched, antibiotic-treated controls without diarrhea had candida overgrowth. All five patients with diarrhea and candida overgrowth treated with oral nystatin, a commonly prescribed antifungal medication, responded with resolution of diarrhea and lowering of fecal counts to < 104 CFU/mL within seven days of initiating antifungal therapy despite continuation of antibiotics. In the other two patients with candida overgrowth, the diarrhea spontaneously subsided and fecal candida counts returned to normal (<104 CFU/mL) after antibacterial agents were withdrawn.

In recent years, there has been an emerging interest in the possible role of the gut microbiota as a co-factor in the development of autism spectrum disorder (ASD), as many studies have highlighted the bidirectional communication between the gut and brain (the so-called “gut-brain axis”).[23] Accumulating evidence has shown a link between alterations in the composition of the gut microbiota and both gastrointestinal and neuro-behavioral symptoms in children with ASD.[24],[25] Dysbiosis (a term for a microbial imbalance) in ASD involves not only bacterial species but also yeasts, as reported in recent studies.[26],[27],[28] Gastrointestinal CA is two times more abundant in toddlers with ASD than in normal individuals and can increase systemic levels of ammonia and other toxins, which can induce autistic behaviors.[27],[28]

Gastrointestinal Candida albicans is two times more abundant in toddlers with ASD than in normal individuals and can increase systemic levels of ammonia and other toxins, which can induce autistic behaviors.

Natural remedies to the rescue

In my experience, spanning two decades of clinical practice, candida overgrowth cases have echoed the research, predominantly occurring in patient populations with a diagnosis of ASD VVC, chronic sinusitis, and in those treated with multiple rounds of antibiotics or immunosuppressants. Fortunately, for most patients, these cases responded quite favorably to a combination of select nutrients, particular herbal medicines, and dietary intervention.

It has been my clinical experience that using herbal medicines (and nutrients) that have known antifungal activity, especially when combined with a healthy diet, can be quite effective against conditions associated with candida overgrowth.

It has been my clinical experience that using herbal medicines (and nutrients) that have known antifungal activity, especially when combined with a healthy diet, can be quite effective against conditions associated with candida overgrowth. Although there are a variety of “anti-candida” diets one can choose to follow, it has been my experience that the simplest approach is often the best – focus on consuming organic, whole foods including meat, fish, vegetables, nuts, grains, healthy fats, and some fruits while at the same time minimizing sugar, simple carbohydrates, and processed foods.

[10] Douglas L, et al. Sur7 promotes plasma membrane organization and is needed for resistance to stressful conditions and to the invasive growth and virulence of Candida albicans. MBio. 2012 Jan-Feb;3(1):e00254-11.

[25] Adams J, et al. Nutritional and metabolic status of children with autism vs. neurotypical children, and the association with autism severity. Nutr Metab. 2011;8:34.

[26] Kantarcioglu A, et al. Microbiota-gut-brain axis: yeast species isolated from stool samples of children with suspected or diagnosed autism spectrum disorders and in vitro susceptibility against nystatin and fluconazole. Mycopathologia. 2016;181:1-7.

The Promise of NAC for Mental Health and Addiction 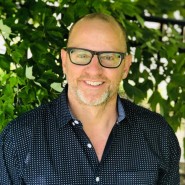 Dr. Michael Brown, ND, graduated with highest honors from Southwest College of Naturopathic Medicine & Health Sciences in Tempe, Arizona, and has over 19 years of clinical experience, practicing integrative and functional medicine in Arizona, Oregon, Missouri, and Kansas. He has been a certified Defeat Autism Now (DAN!) doctor since 2002 and is a member of the American Association of Naturopathic Physicians (AANP). As owner and founder of Naturae’s Path, LLC, Dr. Brown is the longest practicing naturopathic physician in the greater Kansas City area. His areas of expertise include the use of: bio-identical hormones, dietary and nutritional interventions, botanical and homeopathic medicine, anti-aging therapies, environmental medicine and detoxification, and the use of pharmaceutical-grade nutrients (nutraceuticals) to treat a broad range of chronic conditions. Dr. Brown is regarded as a very knowledgeable, passionate, and caring doctor who utilizes evidenced-based, clinically effective therapies in restoring his patients to optimal health and well-being.

Botanicals, In The News

Chios Mastiha: Prized by the Greeks Since Antiquity, and We Now Know Why

Research suggests Chios mastic gum may be a solution for difficult-to-treat gastrointestinal disease and metabolic syndrome In the U.S., all too often, major players in the botanical world that are native to other countries and regions are easily overlooked. Not surprisingly, we tend to learn the most about botanicals that are right in front…

“The Pride of India” owns its name A botanical traditionally used in Southeast Asia for diabetes and its related complications is Lagerstroemia speciosa, also known as Banaba. This tree is common to the region and has been a part of Philippine local herbal medicine and other medical traditions such as Ayurveda for many years….

Clinically studied botanicals and nutrients for the treatment of fatty liver disease As discussed in Fighting Fatty Liver, Part 1 of 2, the progression of NAFLD is influenced by insulin resistance, fat accumulation in the liver, intestinal imbalance, and inflammation/oxidative stress. Strategies to prevent and resolve NAFLD must therefore not only target the liver,…

Bile Acids: Their Role in Gut Health Beyond Fat Emulsification

Supplemental bile acids and their potential for dysbiosis, constipation, and inflammatory bowel disease Generally, when we think of bile, the role it plays in digestion is what we think of first. Produced by the liver and expelled into the digestive tract by the gallbladder (for those of us who have one), bile emulsifies and…

Why intestinal permeability causes so much harm, and what to do about it Brilliantly packed within the body, the intestinal barrier covers a surface area of over 4,000 square feet and requires about 40% of the body’s energy expenditure. But what happens when it starts to break down? What is leaky gut? Hold up…

Understanding celiac disease, wheat allergy, non-celiac gluten sensitivity, & other gluten-related disorders It used to be quite rare to meet somebody who avoids gluten – the protein found in wheat, rye, spelt, semolina, and triticale. Nowadays, however, gluten free dieting is all the rage. In 2016, 8% of North Americans followed a wheat- or…